From Kingwood Middle School to Holocaust Garden of Hope As an individual, business, or organization, you can be a part of this incredible event that honors the victims of the Holocaust. Learn how you can sponsor or donate to this great cause.

Leaders from the 7 culture-shaping areas of influence over each society are invited to participate and speak at each march. A little more than seventy-five years after the end of World War II, the number of living Holocaust survivors is naturally diminishing. Their stories are being recorded by museums and other institutions committed to remembering a particularly sordid chapter in history. “Why remember such heinous atrocities?,” we might well ask. However, the fact remains that failure to learn the lessons of history often results in repeating the same mistakes. Attempting to deny unpleasant or even abhorrent episodes in the lives of individuals or the history of nations does not remove the consequences of those painful periods.

The March of Remembrance is a memorial walk taken annually since 2007 on Yom HaShoah (Holocaust Remembrance Day) to commemorate Holocaust and Genocide Awareness month to “remember, reconcile and take a stand.” The March of Life (Remembrance in the USA) is an initiative by Jobst and Charlotte Bittner from Tübingen, Germany. Together with descendants of German Wehrmacht soldiers and members of the SS and police force, they have organized memorial and reconciliation marches at sites of the Holocaust all over Europe.

Since the beginning of this movement in 2007, marches have been held in 20 nations and more than 400 cities in cooperation with Christians from different churches and denominations, as well as from many Jewish communities. 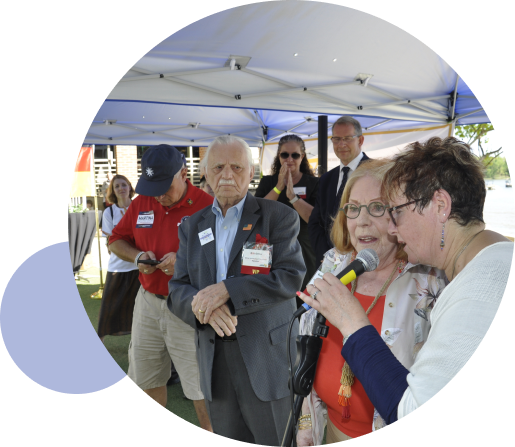